Another beautiful day though it got a little chilly toward the late afternoon and I didn’t sleep very well the night before. I was a little cold and, well, never really been camping so was a new experience! My parents were not the outdoorsy type so we didn’t do much of that growing up. I don’t think I ever complained about it, either! Day 2 – Roundout Reservoir and Hunter Mountain I assume this gets easier ha ha! There was a hairpin turn and a traffic circle at Hunter Mountain. I did NOT do well on the hairpin. He talked me through the traffic circle through the SENA headset. Look where you want the bike to go. Lean the bike. Sure. I’ll do that. :p

I made it! I won’t lie though – it was a challenge. I don’t know that I was ready for a ride like that as a first ride, but right – I made it. He had me plan the ride out and I know he enjoyed it. Lots of twisty roads, beautiful fall days. Not too shabby. We left on Saturday the 13th and came back the 14th. The first stop was at Campmor for a sleeping bag for yours truly since it would be a little awkward – and damn cold – with no sleeping bag. Day 1 – Neversink Reservoir

So, in another quarter of my life I’m a crafty kind of gal and I saw this on the forum Ravelry. The original post is here, from 2006, so it’s been around awhile but an oldie can still be a goodie! She’s also knit a gun, a drill and a tool belt complete with tools. Her website is here.

Stars on Bikes (that also do Pilates!)

Now that I have a bike, I was much more excited by it! And what a great way to use your bike and celebrity – raise money for a good cause!

I am officially official!

I have passed the MSF and got my license today!! The trip to the DMV was actually quite fast. Maybe going first thing in the morning isn’t the best idea. Maybe that’s what everyone thinks or has to do because of work so 11ish is better because everyone is gone!

Booked next week for little ole me is the MSF course. Two days back to back for 11 1/2 hours. Wow. The boyfriend is very excited. He’s walking around the house going “Next week you can take the bike out on your own and you won’t need me”.

I went on a trip to see my parents. The big guy decided to ride his bike down. While he was here we went out on a day trip. It was a beautiful day but it was SO hot. When we were on straight stretches without much to look at it was hard to stay awake. I confess my head bobbed forward a few times! And this is not a cushy Gold Wing or other road bike set up for passenger comfort (and safety) on a long haul. His bike offered little in the way of keeping me on other than me hanging on which required me to be awake. I started to come up with imaginative ways of using bungee cords to strap myself on to keep my brain busy. What a relief when we turned down what became a twisty road with shade! We rode for a while […]

END_OF_DOCUMENT_TOKEN_TO_BE_REPLACED

I am very happy with the photo of my little shack! You can view the full photo on flickr.

So after three mornings at the DMV (oy) the bike is now registered with us. Despite the ‘oy’ at spending three mornings at the DMV I really never waited that long and honestly, it’s a fairly efficient system. The third day was because of a mistake on their part, which, while yay! that it wasn’t my mistake, what can you do? I don’t even want to know how many registrations and licenses and titles and permits they process in a day. It’s New York. There is always a line and there is always traffic. And I give a lot of credit to the boyfriend who was extremely thorough in filling out the paperwork. The one part he missed, which caused the second day, was completely understandable. The wording made the signature seem optional rather than mandatory. Anyway, more on the DMV than you want to know or I meant to […]

END_OF_DOCUMENT_TOKEN_TO_BE_REPLACED

Now it begins for ME!

SO excited! The boyfriend went into the city today to meet with his co-worker becaaaause… he was buying his bike for ME! 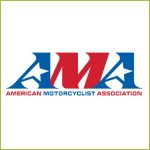 Gratitude for the Ride 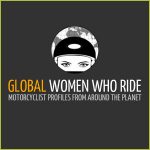 Interview with Global Women Who Ride